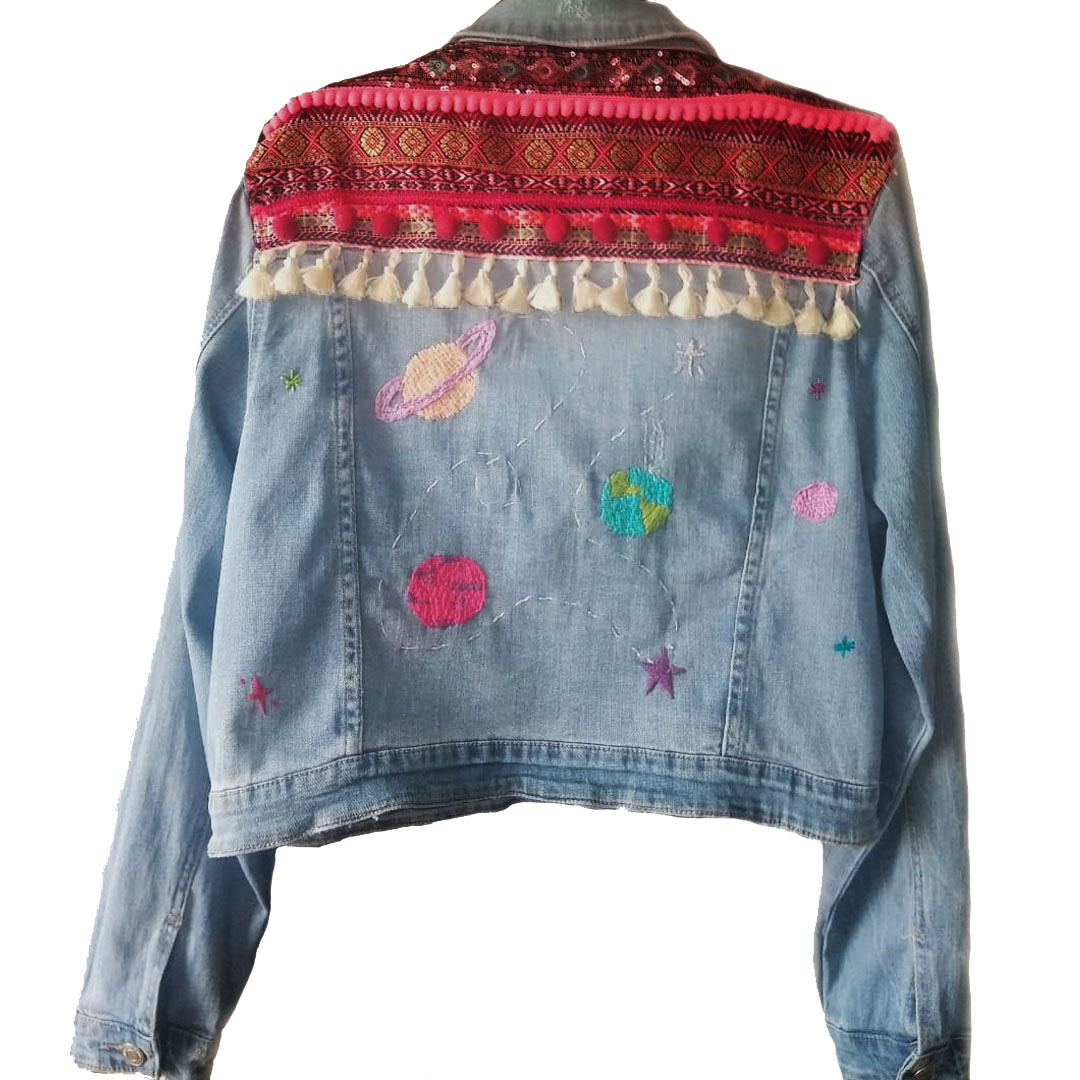 This jacket had to be futuristic, modern, and full of colorful planets. The shades are all pink, which helped transmit the futuristic theme.

Pom poms and tassels were used to give the jacket an indian touch. The patch was made with various supplies brought directly from India.

It is called Bangalore because it is the most modern and futuristic city in the ccountry. Nevertheless, it has a strong artisan culture. 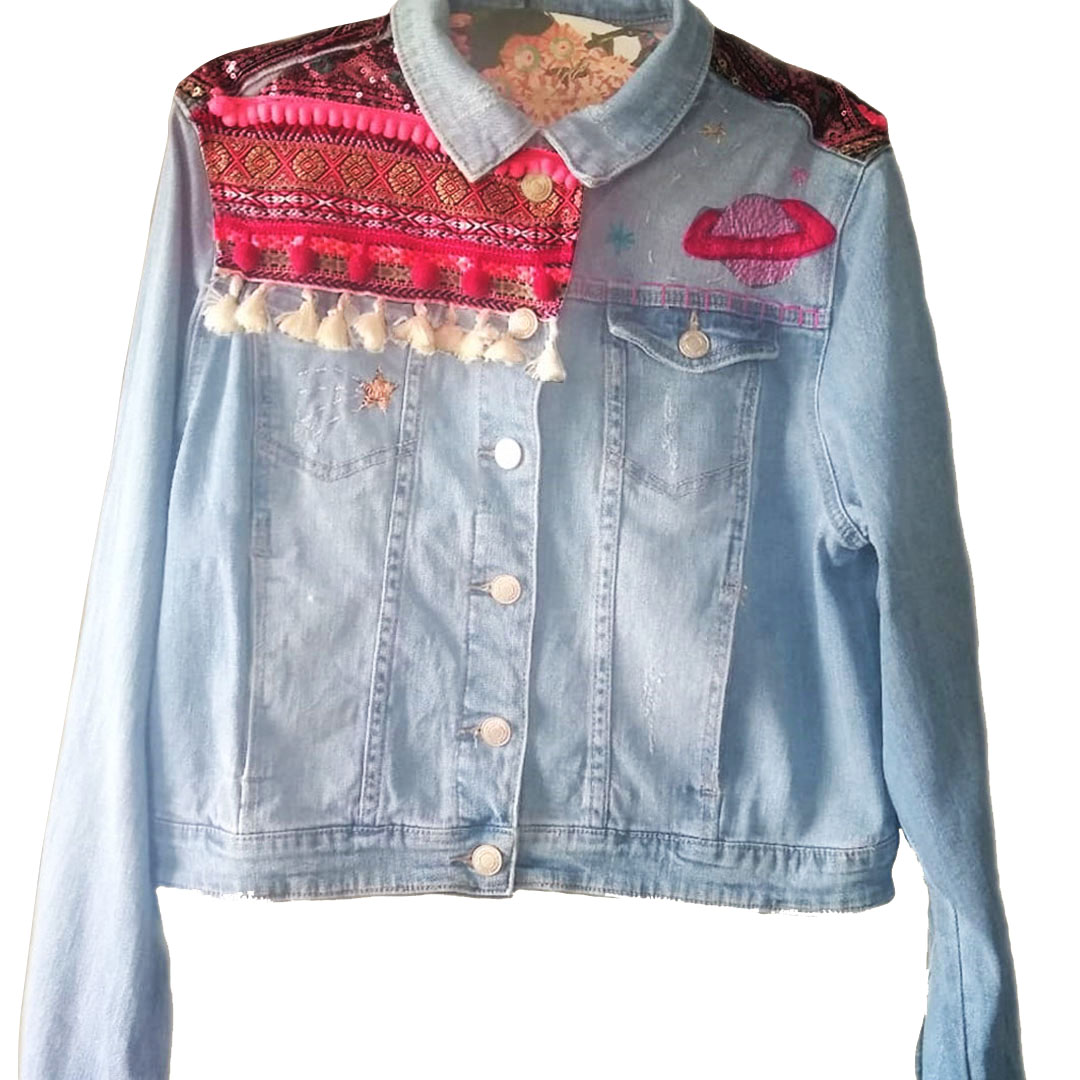